The Garmin ECHOMAP UHD 74sv offers three sonar technologies, these being traditional CHIRP, ClearVü, and SideVü. As its name suggests, it has the UHD mode for the Cv and Sv sonar technologies, for improved range, target separation, and clearer imaging. It also supports Panoptix sonar. Also, as opposed to the older model, it has the Vivid color palettes for the ClearVü and SideVü sonar which can make it easier to distinguish between fish and structure depending on the type of underwater environment. 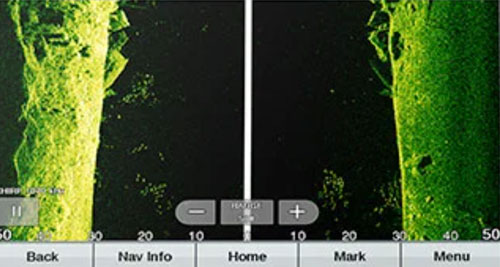 The unit itself supports multiple base frequencies, including 50/77/200 kHz for the traditional sonar, and 260/455/800/1000 kHz for ClearVü/SideVü. It also supports dual-frequency and should be able to work with both traditional CHIRP beams if paired with a 77/200 kHz or 50/200 kHz transducer.

The unit comes with the new GT56UHD-TM transducer which has a transom mount, 25 ft. (7.6 m) of cable with a 12-pin connector, and an internal temperature sensor. It supports all three sonar technologies provided by the unit. 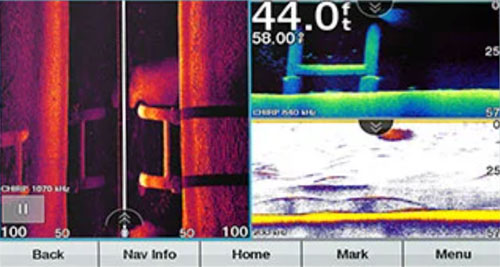 The Garmin ECHOMAP UHD 74sv 010-02520-01 is also a chartplotter and offers a fairly decent range of navigation features. To begin with, it has a built-in 5 Hz GPS receiver so it can provide position updates 5 times per second. It supports WAAS, EGNOS, and MSAS for position augmentation. It can also save up to 5,000 waypoints in its memory, 100 routes, and 50 tracks. Each track can have up to 50,000 points. 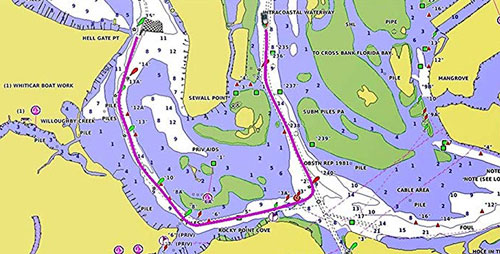 The unit is pre-loaded with the BlueChart g3 coastal charts. These charts cover the U.S. coastal waters including the West Coast, East Coast, the Canadian side of the Great Lakes, and the Gulf of Mexico. As opposed to the older g2 charts, the BlueChart g3 platform is enhanced with Navionics data. It also offers features such as Auto Guidance for route planning, Depth Range Shading, and NOAA raster cartography view.

Of course, the unit also supports the premium chart version BlueChart g3 Vision, as well as the lake charts LakeVü g3 and LakeVü g3 Ultra. Plus, it has the Quickdraw Contours feature which gives you the possibility to create your own bathymetric charts. You can also share your Quickdraw charts with the Garmin Quickdraw Community or download already existent charts available in this user-created chart database.

The ECHOMAP UHD 74sv 010-02520-01 features a 7-inch color display, WVGA type, with a pixel resolution of 800H x 400V. It also has LED backlight for improved readability at night or in direct sunlight. It’s IPX7 waterproof so it can withstand incidental water exposure with no problem.

The unit combines touchscreen technology with keypad navigation. It has a very easy-to-use interface. You can customize its homepage with your most-used application combos for quick access. Also, the unit offers split-screen possibilities of up to four; in other words, you can view and work with up to four applications at once.

In terms of networking, the unit has NMEA 0183 ports and is also compatible with NMEA 2000. Therefore, you can easily integrate it into an already existing boat network in order to communicate with other instruments or share sonar with other Garmin units.

The unit also has built-in WiFi. This gives you the possibility to sync your fish finder with your smartphone via the free ActiveCaptain app. This app provides up-to-date feedback on various points of interest, chart updates, data back up, and allows you to access the Garmin Quickdraw Community. It can also push smart notifications from your phone on the display of your fish finder.

Last but not least, the unit includes the classic quick-release mount. A flush mount and a unit cover are also included. Also, the unit is equipped with a microSD card slot that can be loaded with LakeVü charts, BlueChart g3 Vision, or a data card up to 32 GB.

The Garmin ECHOMAP UHD 74sv 010-02520-01 is a fish finder and chartplotter offering UHD SideVü, UHD ClearVü, CHIRP sonar, GPS, and BlueChart g3 maps. It includes the GT56UHD transducer which supports all these sonar technologies. The unit also offers a wide array of other features such as wireless connectivity, Quickdraw Contours, superior networking, and supports Panoptix transducers. It’s a versatile unit, great for a wide array of boats, for both off-shore fishing and inland fishing.