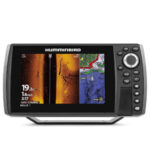 The HELIX 7 CHIRP MEGA SI GPS G4N is pretty similar to the HELIX 7 CHIRP MSI G4 that we've already covered here, and comes with the same transducer. However, since it's a G4N unit, it has superior networking features such as built-in NMEA 2000, Ethernet, and wireless connectivity. It also has a dual microSD card slot and three extra shortcut buttons on its side keypad. For … END_OF_DOCUMENT_TOKEN_TO_BE_REPLACED

The HELIX 7 CHIRP MSI GPS G4 is one of the Humminbird fish finder and chartplotter units released in 2021. In terms of features, it is pretty similar to the older HELIX 7 CHIRP MSI GPS G3. However, the unit's display has a richer pixel resolution and also supports CoastMaster charts. For reference, this is the Humminbird part number 411620-1. Key Features and … END_OF_DOCUMENT_TOKEN_TO_BE_REPLACED 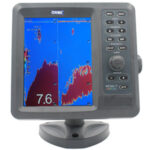 The ONWA KFish-7 is a sonar-only fish finder without any navigation or structure scanning sonar. In terms of features, it can be compared with the Furuno FCV588 but has a smaller display. Although it does not have GPS and charts, it's a fish finder that can serve you well especially at sea as it offers a superior depth range. Key Features and Specifications Display: 7" … END_OF_DOCUMENT_TOKEN_TO_BE_REPLACED 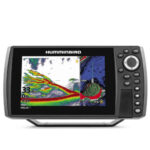 The HELIX 7 CHIRP GPS G4N is one of the Humminbird fish finder units released in 2021. As opposed to the older HELIX 7 CHIRP GPS G3N, it has a richer pixel resolution. It also has WiFi and supports CoastMaster charts. For reference, this is the Humminbird part number 411630-1. Key Features and Specifications Display: 7" diagonal, 1024H x 600V pixel resolution, 16-bit … END_OF_DOCUMENT_TOKEN_TO_BE_REPLACED 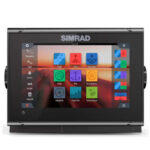 The GO7 XSR is one of the Simrad multi-function displays launched a few years ago, but since then, several new versions with different charts and transducers were released. In this post, we're going to address the 2021 model, part number 000-14838-002. This particular model includes the Active Imaging 3-in-1 transducer and comes with the C-MAP Discover charts. Key Features and … END_OF_DOCUMENT_TOKEN_TO_BE_REPLACED